Katie Parla
on The Eater Guide

Katie Parla ranks Flavio among the 38 best restaurants in Rome according to The Eater Guide. “Flavio al Velavevodetto, located on the slopes of Monte di Testaccio in Rome, a hill made of ancient oil amphorae fragments, has become a real institution, despite having only opened in 2009. Chef Flavio De Maio serves the most velvety carbonara in the whole city, and a cacio and pepe pasta with the perfect amount of spiciness." The menu also offers different varieties of dishes with offal, to be combined with strictly seasonal vegetables."
Read the full article on EATER.com 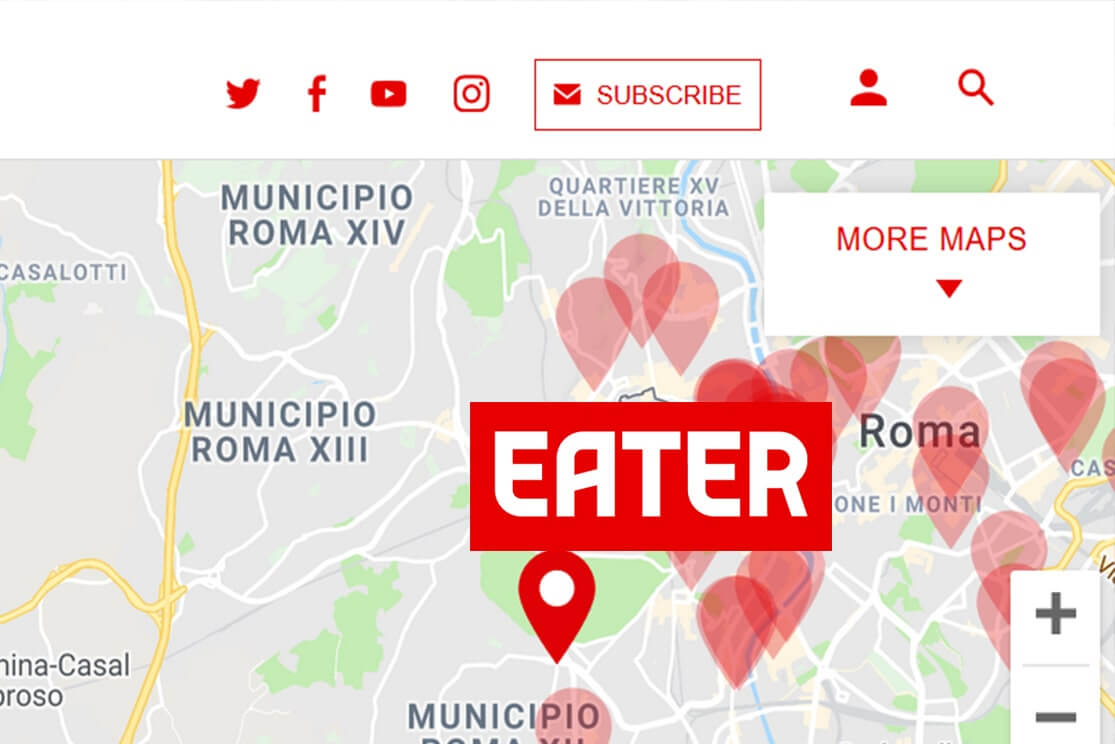 Flavio is among the 10 best restaurants in Rome according to The Culture Trip:
The natural environment of an excellent food.Flavio al Velavevodetto's dishes change with the seasons: they are made with the ingredients grown in the vegetable garden; rely on the experience of the local waiters to combine these flavors with one of the fantastic wines of the restaurant, with over 200 labels to ensure a supreme pairing that will bring out the rich and round taste of the food you will taste. The terracotta walls and the lighting, as well as the outside environment will make your dinners magical. A typical dinner on the veranda in a pleasant summer evening embodies the true essence of Flavio Velavevodetto. Do not miss: the (divine) version of Flavio's timeless recipe for "Cacio e Pepe".
Read the full article on THECULTURETRIP.com 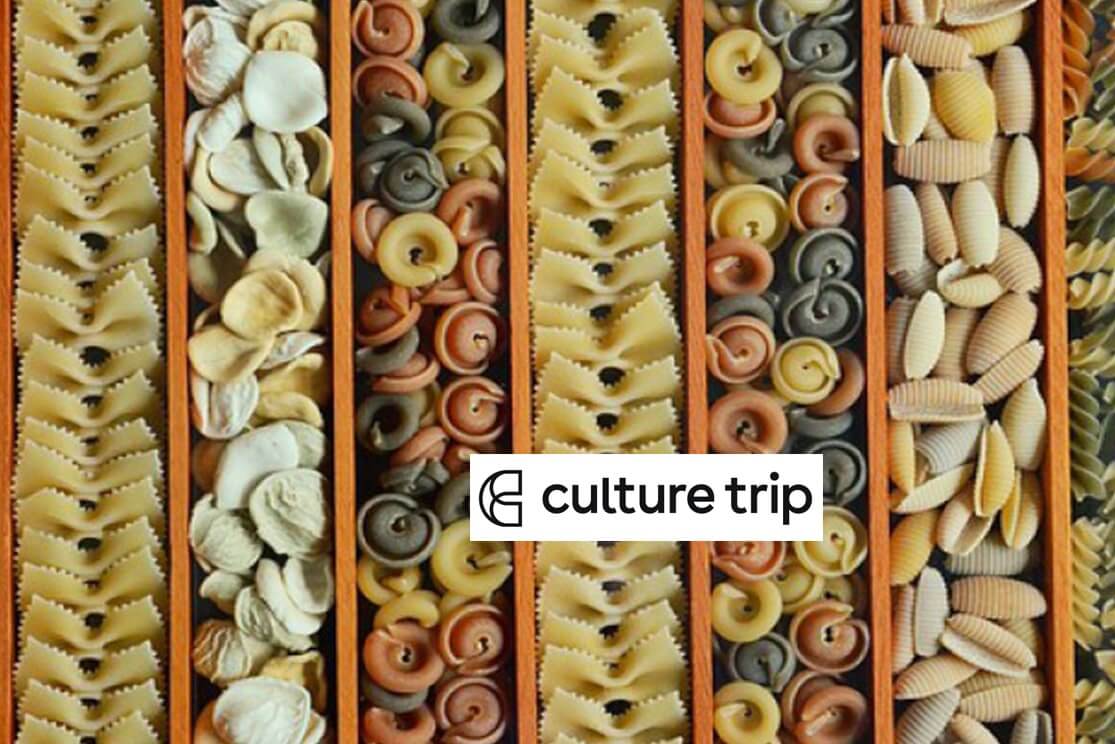 Below we report the interview to Flavio de Maio, chef and owner of the Velavevodetto Restaurants, published in the New York Times on March 22nd, 2015. We would like to thank the author, Mark Bittman and the photographer Grant Cornett.

Water Works. The secret ingredient that brings Roman pasta dishes to life
On a clear fall day I was sitting outside at Flavio al Velavevodetto, a restaurant in Testaccio, in a neighborhood that was once the city’s slaughterhouse district and is now inhabited by both older working class people and gentrifying youngsters. Flavio de Maio, an elegant middle-aged businessman turned chef, sat across the table from me. A translator sat between us. I had come at the recommendation of a friend, the Rome-based journalist and historian Katie Parla, who told me that if I was looking for the epitome of Roman pasta, this was the place. I had a question for Flavio: why did he think that the simplest pastas of all - pasta alla Gricia, pasta cacio e pepe and pasta aglio, olio e peperoncino - were the darlings of Rome, appearing on nearly every menu? “Because of the magic of water," he said without hesitation. "The key ingredient in all these dishes is water. And if you use it right, you have a beautiful sauce, a cremina, thick and round and rich. And if you use it wrong, you have a pile of pasta with a watery sauce on top.” This had to rank among the most amusing and embarrassing moments of my career. Until then, I had thought those dishes - the first, simple pasta cooked with guanciale, the cured pig’s jowl that plays a bacon-like role in many Roman dishes, and pecorino; the second, just cheese and pepper; and the third, the classic late-night Roman dish, featuring garlic, oil and chiles (and sometime anchovies) - were supposed to be piles of pasta with a watery sauce on top. "No," Flavio said. "Let me show you." He led me through the restaurant and into the unpretentious workhorse of a kitchen - a crowded, busy place not meant for public views - and began at once to work at the hard-used industrial stove. A huge pot of guanciale simmered on one burner; hunks of Pecorino and Parmesan cheeses and bags of pasta sat on a side table. That was it. In all three dishes, the secret, as it turns out, is to stir the mostly cooked pasta vigorously, so that its starch emulsifies with the seasonings and added water. Flavio did this with deceptive ease, almost whipping the pasta as you would egg whites, using a fork in some cases and a large spoon in others, his wrist swiftly moving not so much in circles but in tight ovals. The results were as surprisingly beautiful - far creamier than I’d ever seen these dishes - as they were delicious. I’ve included Flavio’s recipes here. Further refinements are possible: Cacio e pepe can be made with fresh pasta (and, even better, with chicken broth instead of water), and many people use rigatoni in Pasta alla Gricia as opposed to the traditional tonnarelli or linguine. These appear to be the simplest preparations, and in their souls they are. But mastering both timing and technique requires a bit of practice. "You must get everything in balance, especially the intangibles,” Flavio said. Just be patient. You’ll know when you’ve arrived... 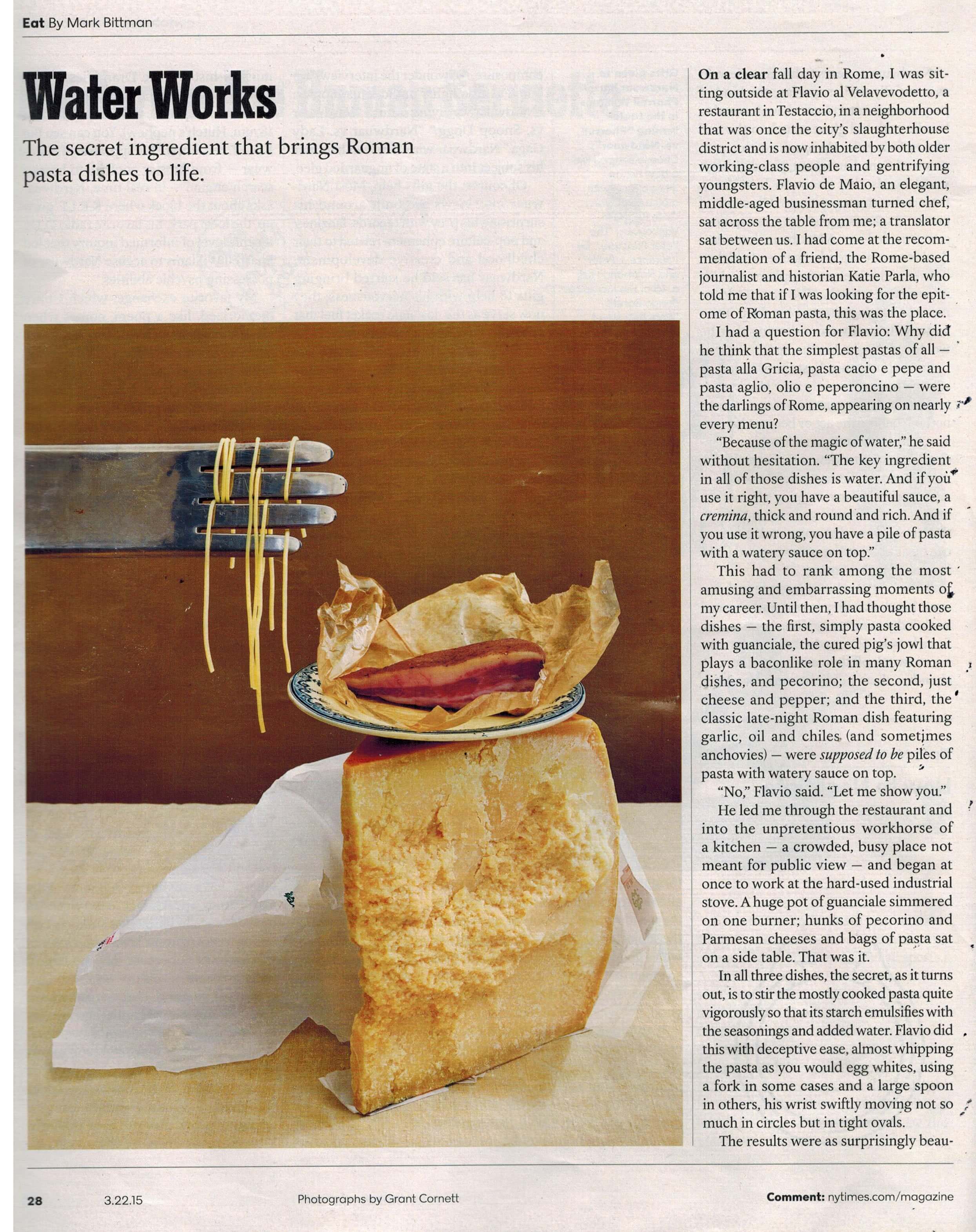 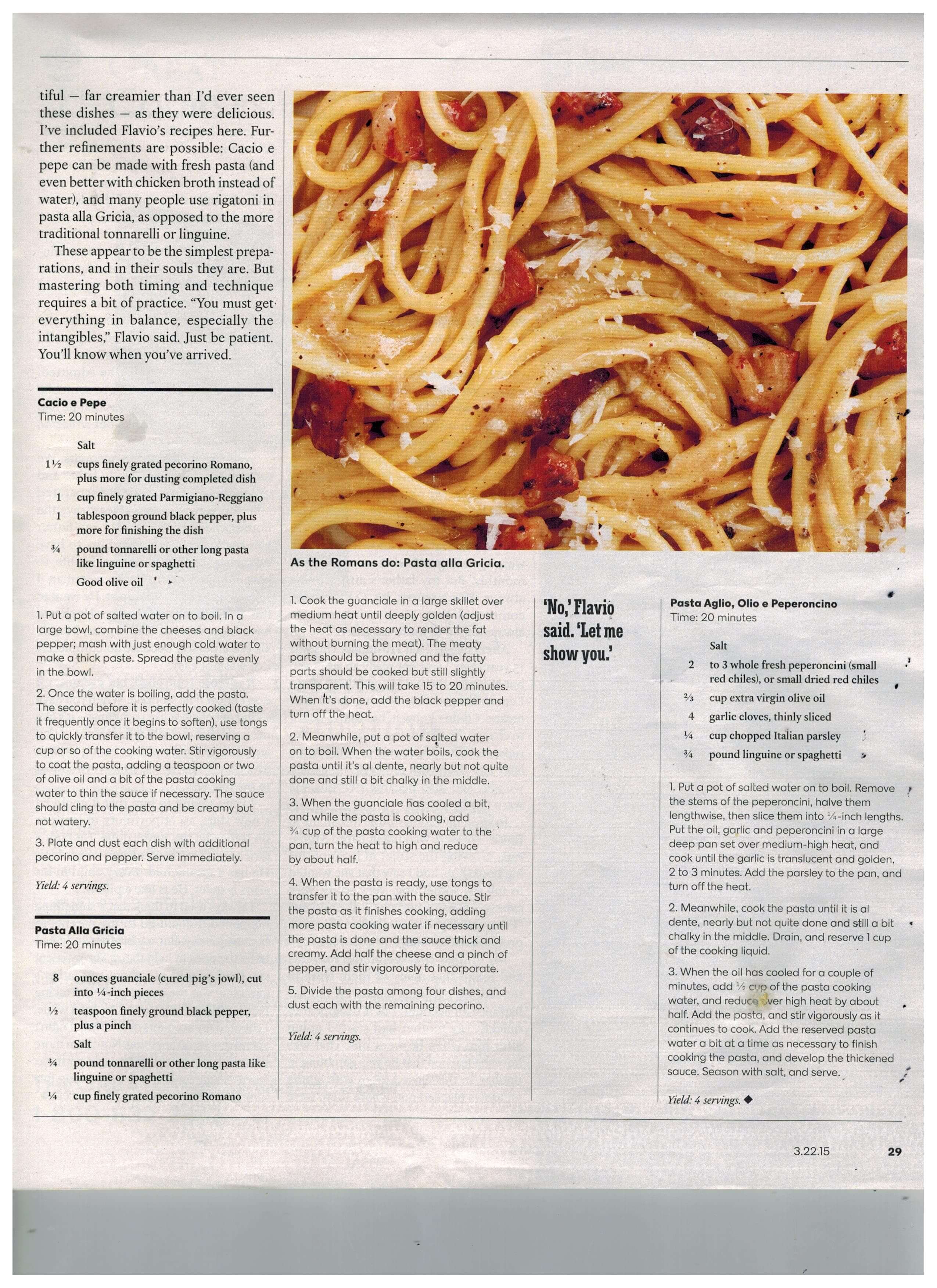